Pedalling from Kitchener to New Brunswick

We met Ted and Katie Hannah while they were taking a break on an unfinished section of trail between Hastings and Campbellford. My husband, friend, and I were on a day trip. The surface was rough and it was tough slugging for us on our unloaded bikes. The motivation for Ted and Katie’s trip was just to have “a break” from Ted’s career as an engineer. Also, as a triathlon competitor he wanted to strengthen what he says is his weakest discipline—cycling. Hoping to find a companion for the journey, he looked to his five children, and twenty-three year old Katie, a student at Western, rose to the challenge. This is the first cycling tour for them both, and an ambitious one. Sticking to trails as much as possible, they hope to cover 1,500 kilometres from Kitchener to New Brunswick in three weeks.

For the most part they are tenting and will take advantage of Provincial Parks when possible. They have enough food packed for two weeks, but are happy to have the comfort of a restaurant meal occasionally. They have already put on a lot of miles and were really impressed with the condition of the trail from Manilla to Lindsay to Peterborough. And they were thrilled with the newly finished section between Keene and Hastings. “It was fantastic!” Katie said.

It is for amazing people like Ted and Katie that we need to rally together to complete the unfinished sections of the Trans Canada Trail. Let’s connect the dots and make journeys like this more appealing to more Canadians and tourists, too.

After a short visit we said goodbye and headed on our way, feeling sorry for the duo loaded down with so much gear. But about five minutes later we had to pull over to let them pass as they powered along leaving us in the dust!

The KTCT will be we conducting a vegetation spray program from May 20 to June 15. Herbicide spraying of roundup will be applied pending favourable spray conditions. The application of roundup will be conducted by a Licensed Sprayer. It is safe to humans. As a precaution the trail will be posted closed as the work is conducted. For further information please send your comments to our website.

The Fowler’s Corners and District Lions Club is a managing partner who has done a lot to keep the trail safe and in good shape between Highway 7 and Emily Park Road.

Newly completed in the fall of 2009, this hard top surfaced portion provides accessibility as it meanders beside the unique Memory Walk with views of the river and through the perennial Welcome Gardens, the Gateway to the Lilac Gardens of Lindsay, stewards of this portion of the trail.

The Gardens is a haven for nature lovers where 41 different bird & several butterfly species have been recorded, encouraged by select plantings and the ‘Butterfly Garden’ which provides a perfect habitat. Park benches allow for pleasant resting places to take a lunch break and to enjoy nature and the beauty of this ‘jewel’, especially at the end of May when the lilacs are in full bloom.

This year, 2013, International Trails Day, June 1st falls on the last Saturday of our Open House Lilac Festival. Come & join in the festivities. 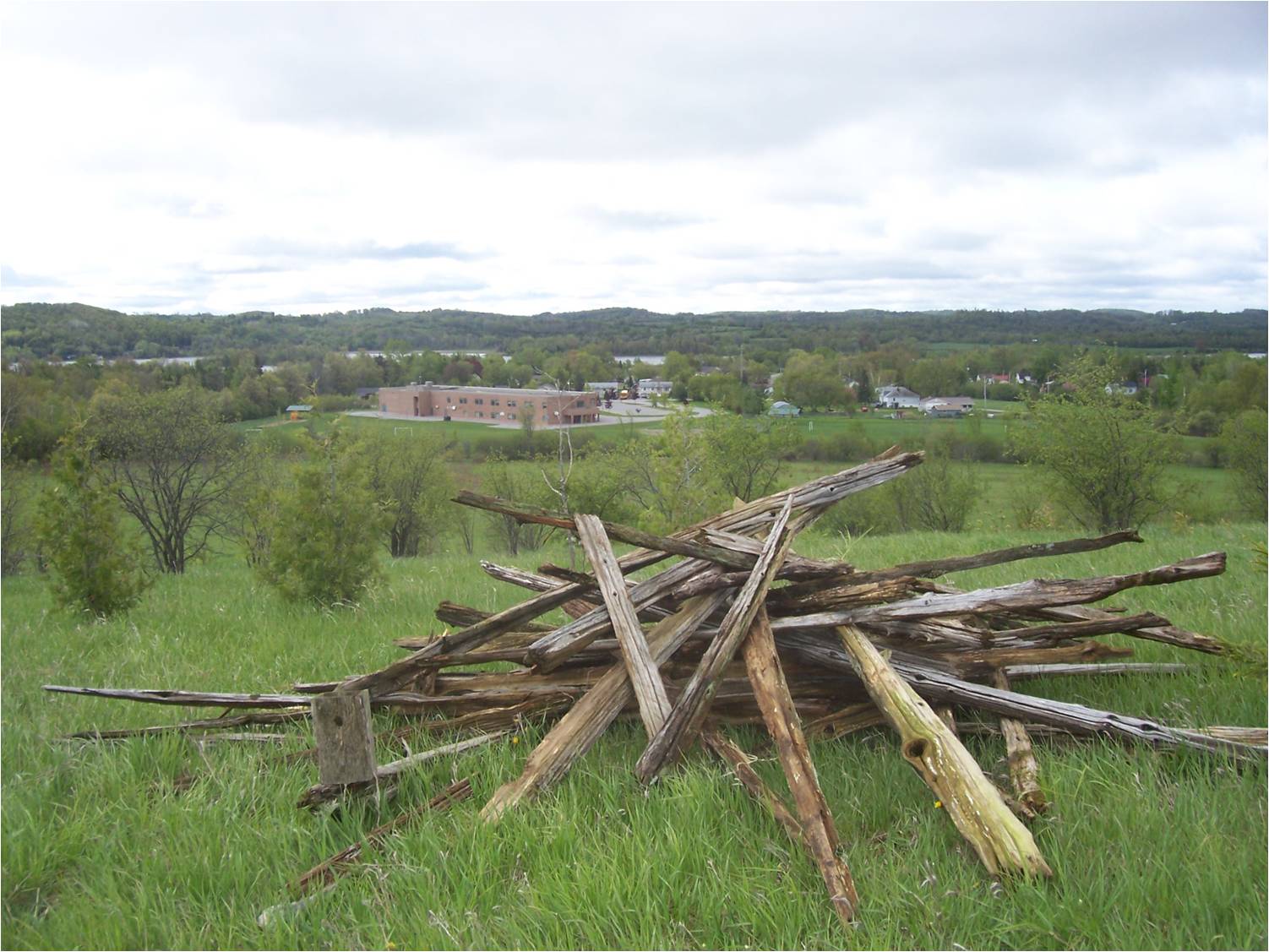 Just north of Scott Young Elementary school there is a pathway the leads from the Kawartha Trans Canada Trail to top of a hill overlooking the trail and school. This land is owned by the Trillium Lakelands School Board and under the leadership of Kevin Adams (former teacher) students have been and are stewards of this land planting hundreds of trees and shrubs. 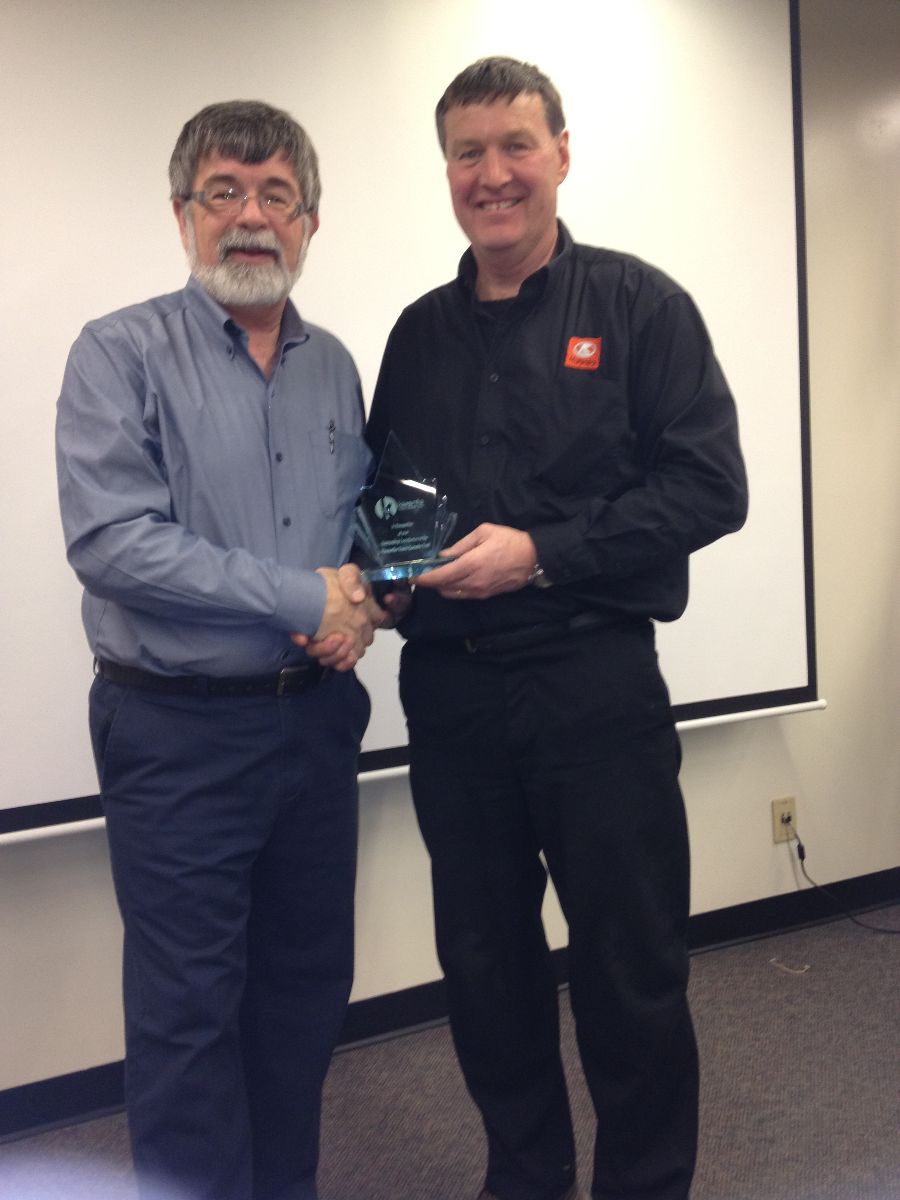 A similar survey was conducted summer, 2011. There were 100 trail users interviewed at four different locations, different days and times on the trail. 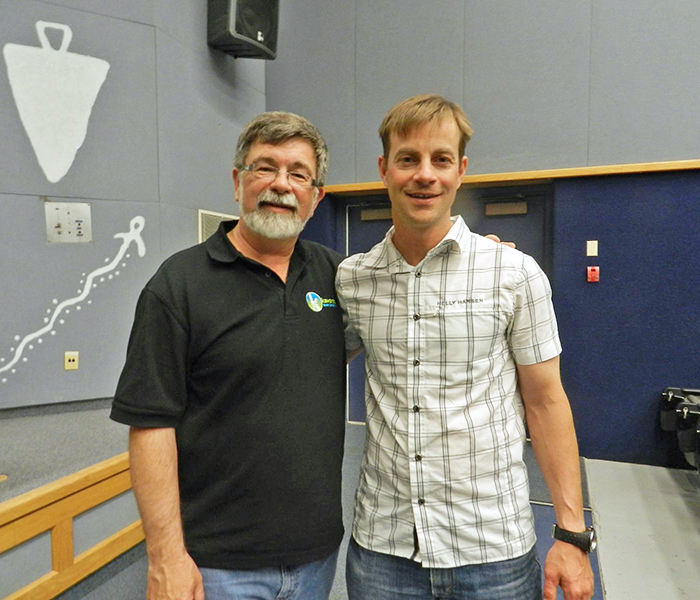 Colin Angus with Al MacPherson after an amazing presentation during the Adventure Travel Festival about his travel around the world using ONLY human power. 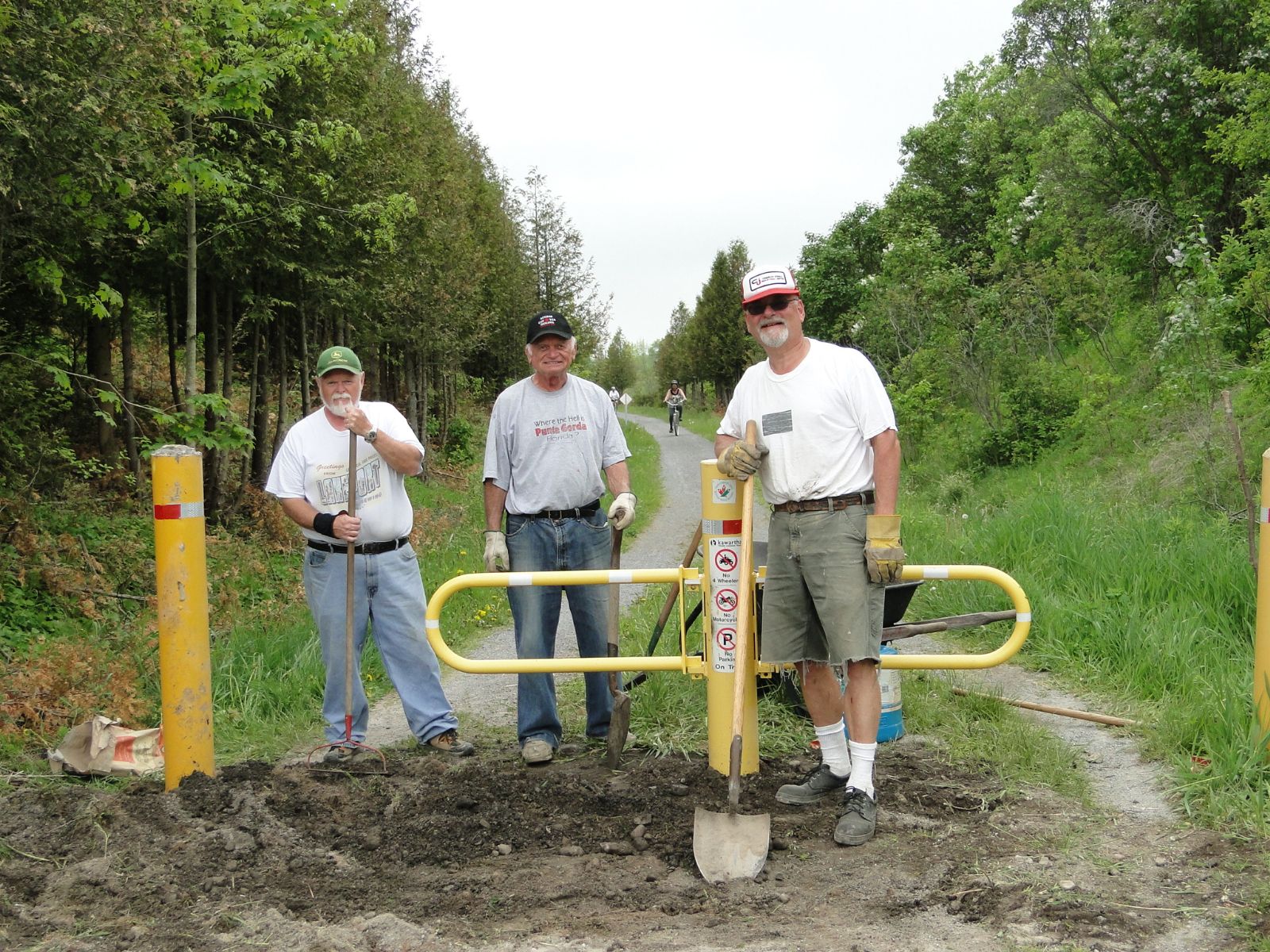 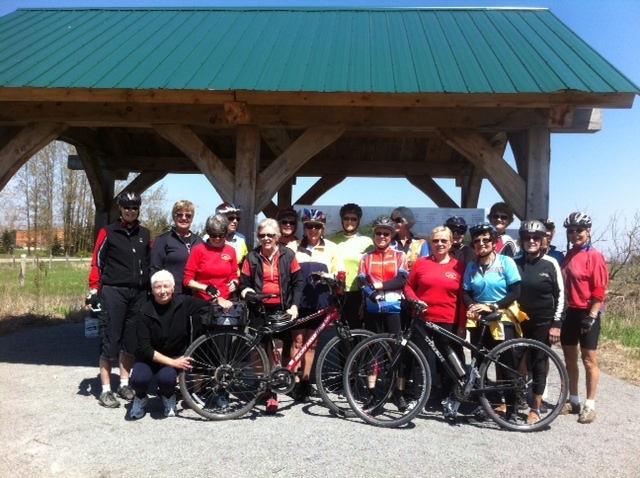